Octavius is grand-nephew to Caesar and, historically, named as his heir and adoptive son in his will. The youngest and the most ambitious of the triumvirate that takes charge after Caesar’s death. After the story of the play he- or in our case she- and Antony will turn on each other and Octavius will eventually defeat Antony to become the Emperor Augustus, the first in a long line of dictatorial rulers of Rome that meant the end of the republic.

CASSIUS on OCTAVIUS
'A peevish child, worthless of such honour'

OCTAVIUS
'I draw a sword against conspirators;
When think you that the sword goes up again?'

Portia is the wife of Brutus and daughter of a deceased, highly respected politician, Cato. In our version she has chosen to put her own career on the back burner to support her husband, but has recently lost a child and is under a great deal of stress.

PORTIA (on herself)
'I grant I am a woman; but withalA woman well reputed, Cato’s daughter…' 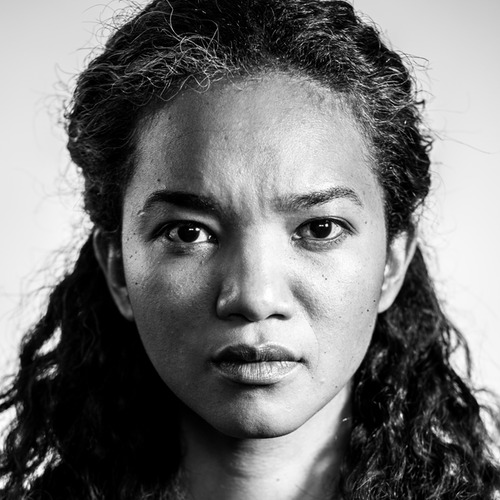